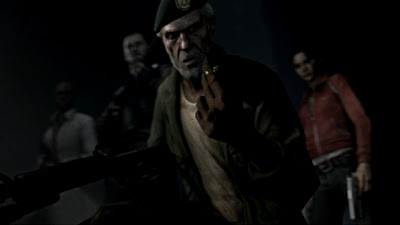 The Left 4 Dead intro is quite unique in that it as well as setting up the context for the story and introducing the characters it also acts as a gameplay tutorial. Every moment of the trailer is there to inform the player of all of the main game mechanics and gameplay devices before they even start to play the game. By using the framework of a short film the developers are able to inform the player of the techniques and knowledge needed throughout the game to survive. But doing so by showing them through the actions, choices and mistakes that the characters make throughout the story in the trailer. 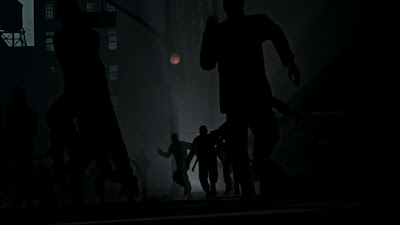 The player is introduced to most of the games enemies, their individual gameplay mechanics and how to deal with them. They are: 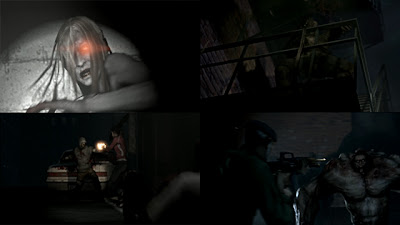 Each of the special infected have an unique audio cue that accompanies them so that when you are playing the game you generally hear what's going to be coming before you see it. (The Witch crying is an example of this). Even the regular infected have their own unnerving musical cue to signify an approaching horde increasing the players sense of dread rather than relying on scaring them with cheap shock tactics.
Left 4 Dead is a 4 player co-operative game. It is based round the ability to work well within a team. Including strong communication between players, the need to stay together and not run off alone, and to help other players if they get into trouble. 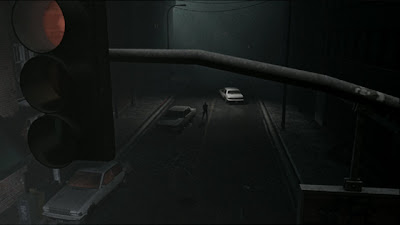 Again, the trailer introduces these key gameplay concepts and shows them through the story and the actions of the characters. The characters are always working together, communicating what they are doing and helping each other out if they get into trouble. Examples of this are when Louis and Francis keep guard when Bill and Zoey investigate the crying Witch. When Franics saves Bill from a Smoker, Zoey saving Louis from the Hunter after running off alone after the helicopter and again at the end when Francis catches Zoey from falling off the roof. 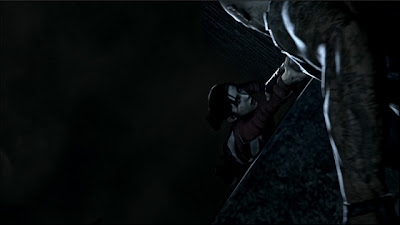 The expected flow of the game is also introduced. There is a balance between calm slower sections and intense action set pieces escalating until a certain point or area of safety has been reached.
As well as introducing the main game mechanics to the player the intro also does a good job of introducing the games main characters as each survivor has a very clearly defined personality, the relationships and group dynamics are obvious from the start. 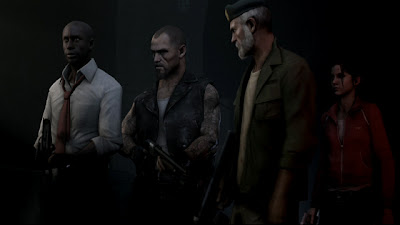 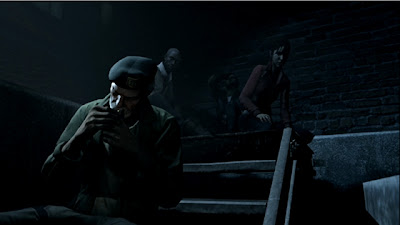 Valve's official Left 4 Dead blog has some interesting discussion about the ideas behind the trailer, the process of making it and also some videos of earlier versions.
http://www.l4d.com/blog/post.php?id=2081
Posted by Adam Thomson at 12:00 PM